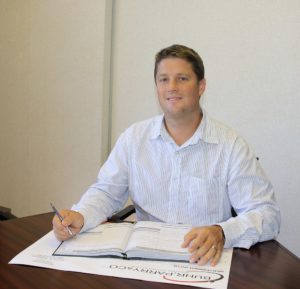 Sebastian King matriculated at Hilton College in 2001.  At School he excelled in sport playing for the first team in Grades 11 and 12 and representing KwaZulu-Natal Midlands at the Under 18 KwaZulu-Natal trials.

At a young age Sebastian showed leadership qualities which resulted in him being assigned to many responsibilities at the School including being appointed to the Head of House position in 2001.

Sebastian left Hilton College to study a B.Com Accounting Degree at the University of KwaZulu-Natal.  In 2005 he completed his Honours Degree through Unisa and at the same time he taught Maths, English and Physical Education to previously disadvantaged children at Dumisa Community School in the Edendale Township, Pietermaritzburg.

Sebastian decided to pursue a career in a small firm as he enjoyed dealing with entrepreneurs and felt he would be able to add more value to small and medium business.

Sebastian joined Buhr, Parry & Co on 1 January 2006 having already obtained his B.Com Honours Degree through UNISA and qualified as a Chartered Accountant (SA) in February 2009 and became a Partner on 1 June 2009.

Sebastian is a keen sportsman and thoroughly enjoys Polo and Polo Crosse. He resides on the family farm with his four children and his wife.